skip to main | skip to sidebar

I don't know if I've mentioned it lately, but my kid is adorable. I was going through some of the old pictures on my computer, and thought I'd share some of my favorite Anna photos.
The summer she was 2 1/2, one of our favorite books was called "Pete's a Pizza", about a little boy is is bored because it's raining and he can't go outside to play. So his dad pretends to make him into a pizza, elaborately spreading on the sauce, sprinkling on the cheese (lots of sound effects are required), adding toppings and finally, scooping him up to put him in the "oven" (the couch) to cook. Anna loooved to recreate that book; here she is a "tomato and banana" pizza. 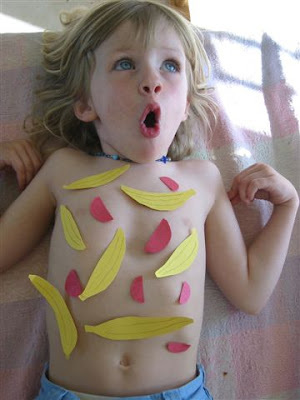 This was shortly after we moved to Spokane, so she was 3 or 4. She'd finally (after waiting her WHOLE LIFE) gotten her own kitty. This was Maple's "sleeping bag". I love that she has a tattoo on her little arm. Look at that face, would you?? 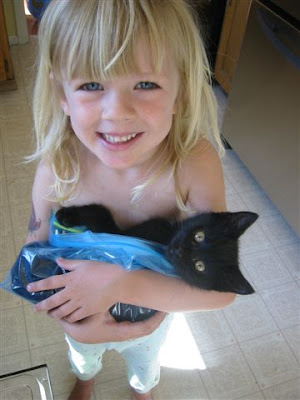 She and her dad were having a water fight. I love the light and shadow on this one. Also, it's probably the only time in my adult life I've actually had lovely green grass. It didn't last long. 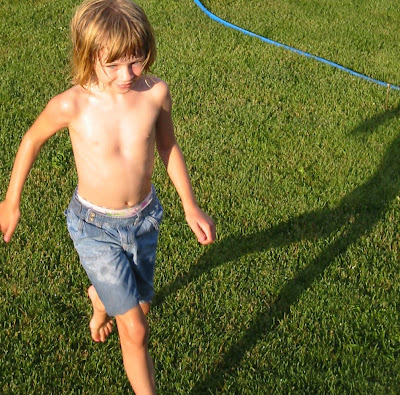 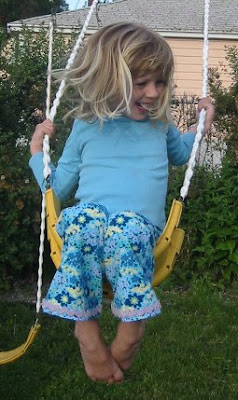 A couple of summers ago my sister got married on the Oregon coast and someone had a kite. I just think this one is so pretty. 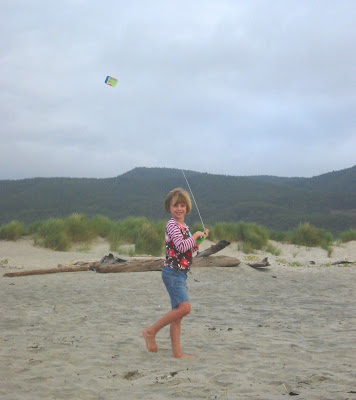 I have a whole series of these, somewhere. We'd found this old horse outside a grocery store; it doesn't even accept a quarter, you just push the button and it goes. And goes. She started doing all these hilarious "riding tricks", turning around in the saddle, riding backwards, sideways, on the tail....I was laughing so hard. I wish I had a video of it. Some sweet old man stopped to watch and said to me "That just made my day." 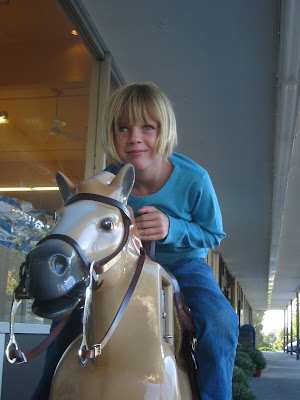 I just don't even know what to say about this, other than it makes me laugh every time I see it. 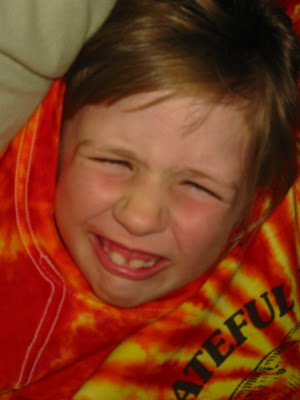 I love this series; it so shows her personality. She was showing off her new "cowgirl pants" and cowboy boots. This was right before she entered first grade, the summer of "Lice-a-Palooza", of which we shall not speak. However, it did result in the cutest haircut she's ever had, which I did myself one evening after a couple of glasses of wine and approximately 38 hours with the nit-comb. Anyway, cute, huh?? 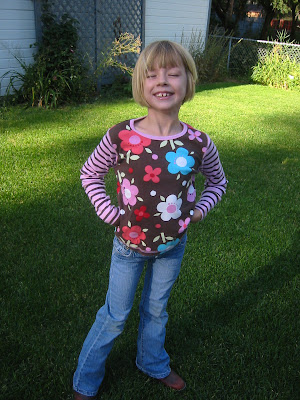 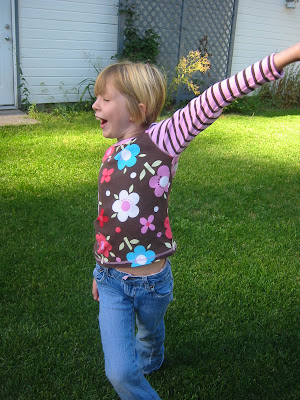 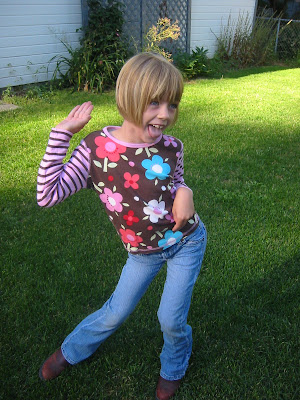 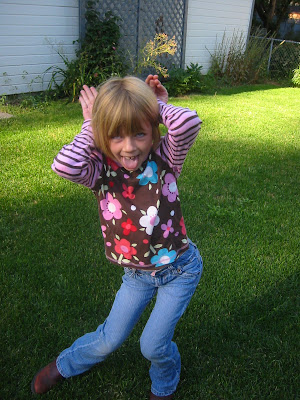 This was taken on the first day of school last year, 2nd grade. The look on her face is her "I want something and you're going to give it to me" look. What?! Could YOU say no to this face? 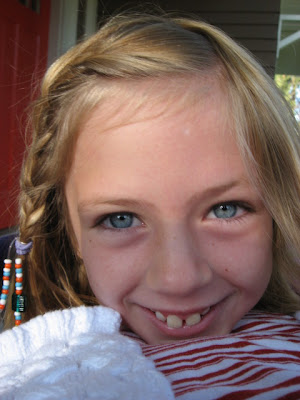 And this, my favorite picture ever. Look at those eyes....and that little smirk/half smile? Straight from her daddy. 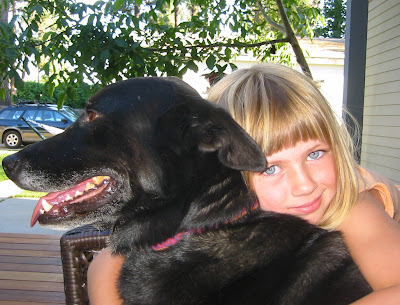 I hope you've enjoyed my stroll down memory lane. I sure can't imagine my life without this kiddo.

Oh my goodness! What pure innocence and joy your daughter exudes!
The beauty of having one child (um...to my 5), is that everything is documented and remembered and revered as nearly holy.
Sometimes the tooth fairy even forgets to come and we say things like, "oh honey, the tooth fairy is soooo busy...maybe she'll come tomorrow!"
Anna is precious!

I loved your stroll down memory lane ! All her ages and stages are such fun and she is such a goof! and adorable.
Every kid needs a big ol' lovable dog like Moby ! They are a kid's best friend !
And I believe that Moby feels that same way----feels too that he is mighty lucky that Anna came into his life.

What a sweet girl she is! We sure miss you guys!

"Sweet"? "Innocent"? Those commenting on this post obviously don't live with her.

Poor David my arse. He LOVES it. His life was dull and meaningless before we came along.

The pictures are absolutely adorable. It's no wonder she's got you two wrapped around her little finger! ;)

I'm actually kinda glad you were never successful with having your 'stinker' removed. She's kinda cute!!!!

Best kid on thee planet!! The photo with cat in sleeping bag is a PRIZE!!!! Thanks for the smiles.

kate
washington state
I am a bleeding-heart liberal, smart-ass, book-loving craft geek. Married to the love of my life, mother of 1 smart, smart-alec 10 year old. I ran my first marathon at 44 and can't wait to run another.